A coordinate measuring machine (CMM) is a device for measuring the physical geometrical characteristics of an object. This machine may be manually controlled by an operator or it may be computer controlled. Measurements are defined by a probe attached to the third moving axis of this machine. Probes may be mechanical, optical, laser, or white light, among others. A machine which takes readings in six degrees of freedom and displays these readings in mathematical form is known as a CMM.

The typical 3D "bridge" CMM is composed of three axes, X, Y and Z. These axes are orthogonal to each other in a typical three-dimensional coordinate system. Each axis has a scale system that indicates the location of that axis. The machine reads the input from the touch probe, as directed by the operator or programmer. The machine then uses the X,Y,Z coordinates of each of these points to determine size and position with micrometer precision typically, A coordinate measuring machine (CMM) is also a device used in manufacturing and assembly processes to test a part or assembly against the design intent. By precisely recording the X, Y, and Z coordinates of the target, points are generated which can then be analyzed via regression algorithms for the construction of features. These points are collected by using a probe that is positioned manually by an operator or automatically via Direct Computer Control (DCC). DCC CMMs can be programmed to repeatedly measure identical parts, thus a CMM is a specialized form of industrial robot

Portable coordinate-measuring machines: Whereas traditional CMMs use a probe that moves on three Cartesian axes to measure an object’s physical characteristics, portable CMMs use either articulated arms or, in the case of optical CMMs, arm-free scanning systems that use optical triangulation methods and enable total freedom of movement around the object. Portable CMMs with articulated arms have six or seven axes that are equipped with rotary encoders, instead of linear axes. Portable arms are lightweight (typically less than 20 pounds) and can be carried and used nearly anywhere. However, optical CMMs are increasingly being used in the industry. Designed with compact linear or matrix array cameras (like the Microsoft Kinect), optical CMMs are smaller than portable CMMs with arms, feature no wires, and enable users to easily take 3D measurements of all types of objects located almost anywhere. Certain non-repetitive applications such as reverse engineering, rapid prototyping, and large-scale inspection of parts of all sizes are ideally suited for portable CMMs. The benefits of portable CMMs are multifold. Users have the flexibility in taking 3D measurements of all types of parts and in the most remote/difficult locations. They are easy to use and do not require a controlled environment to take accurate measurements. Moreover, portable CMMs tend to cost less than traditional CMMs. The inherent trade-offs of portable CMMs are manual operation (they always require a human to use them). In addition, their overall accuracy can be somewhat less accurate than that of a bridge type CMM and is less suitable for some application. 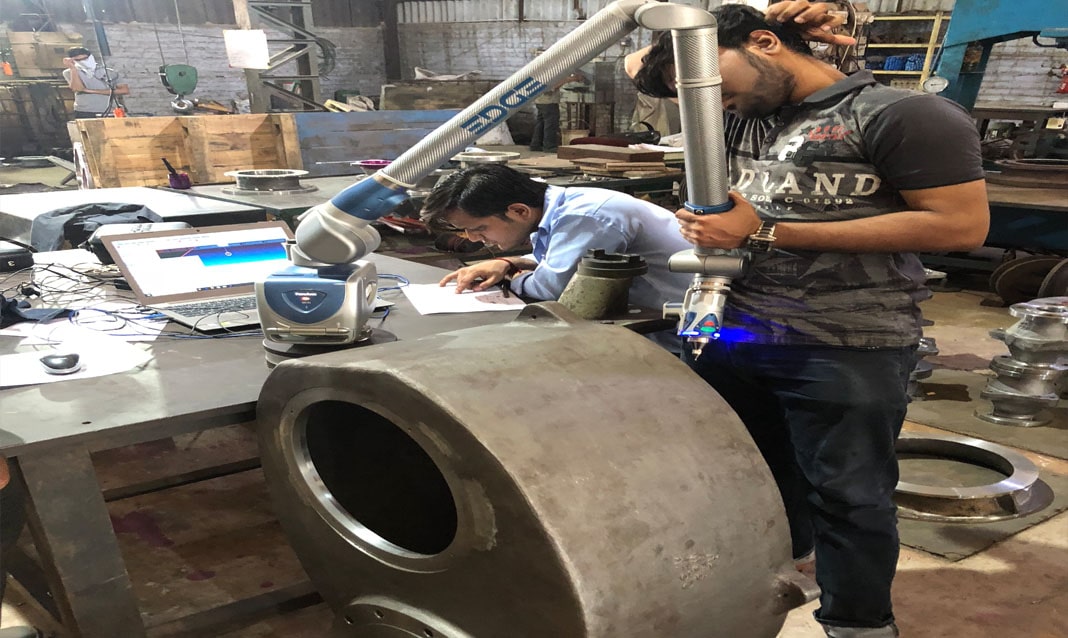 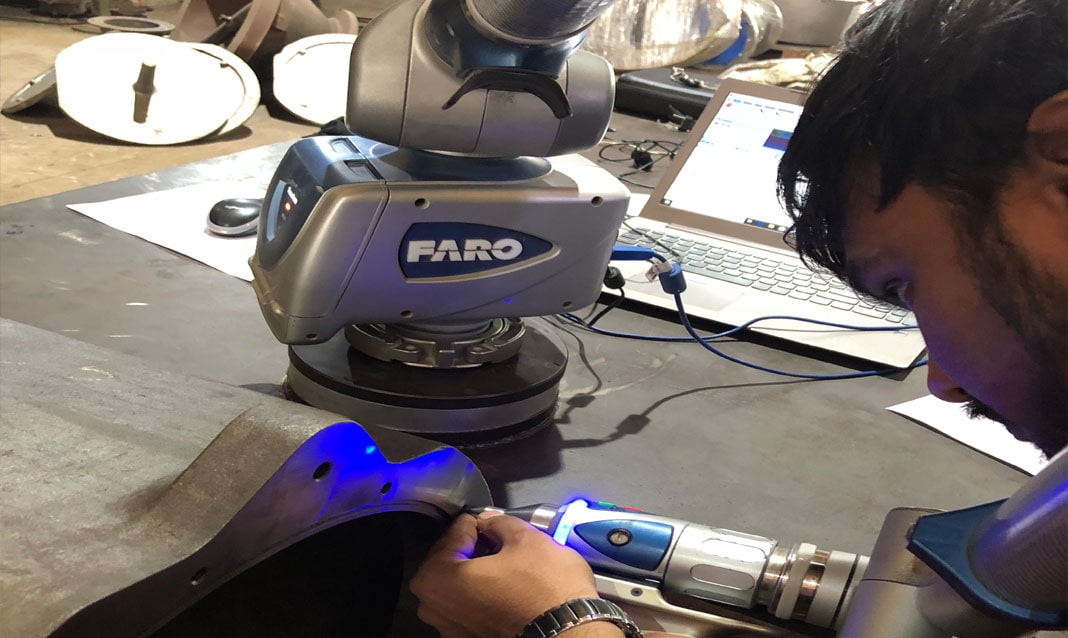 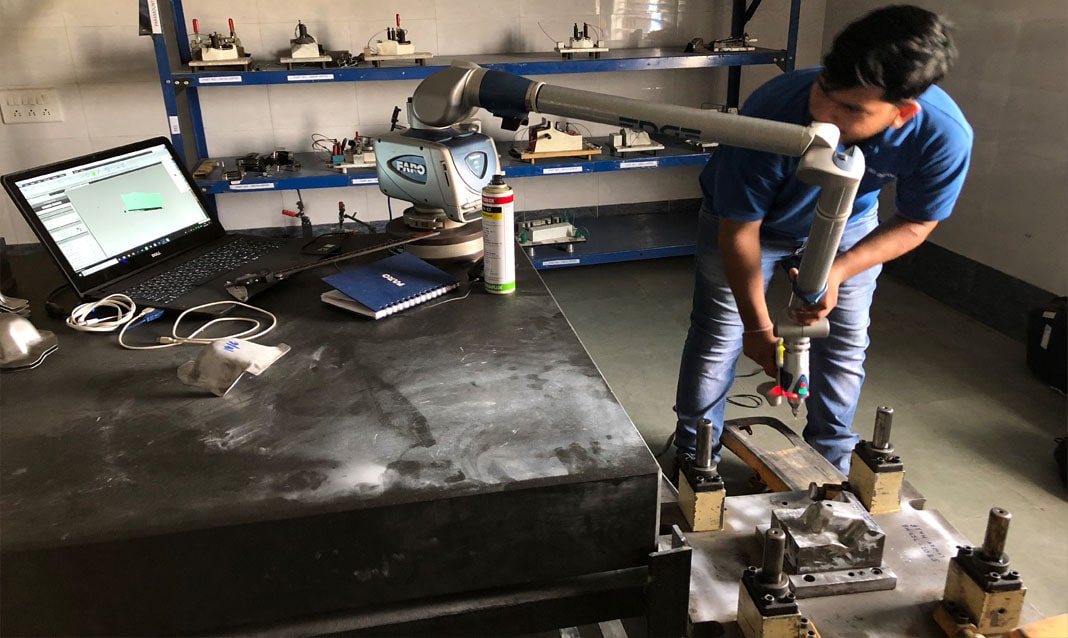 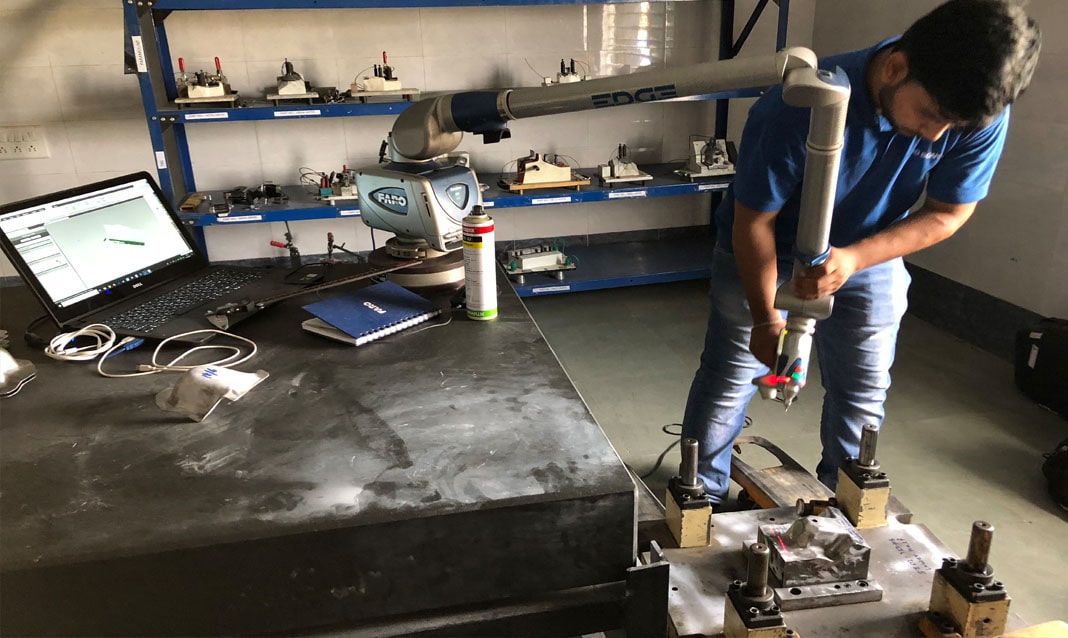